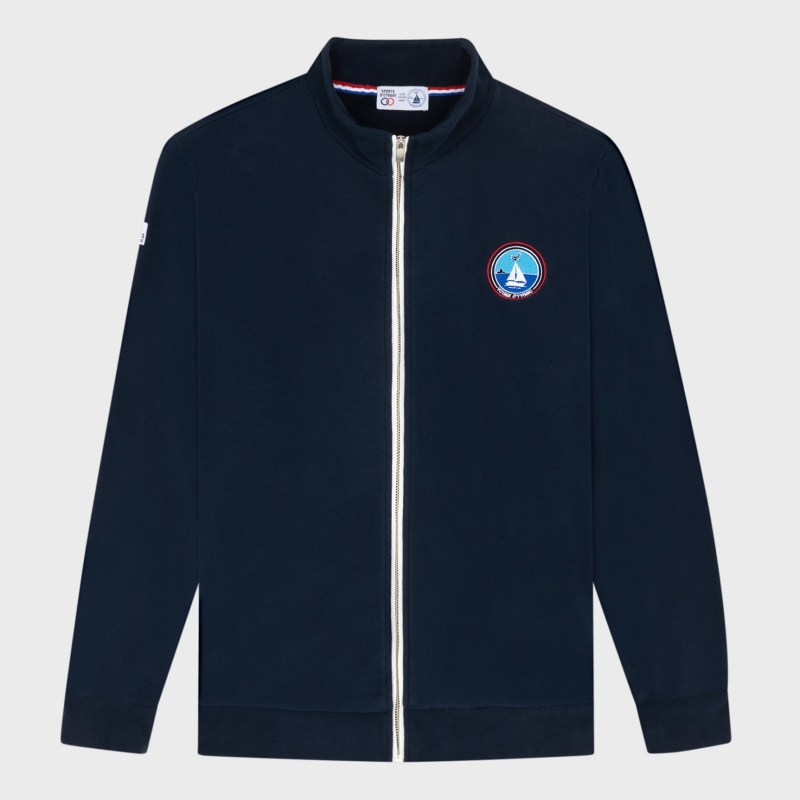 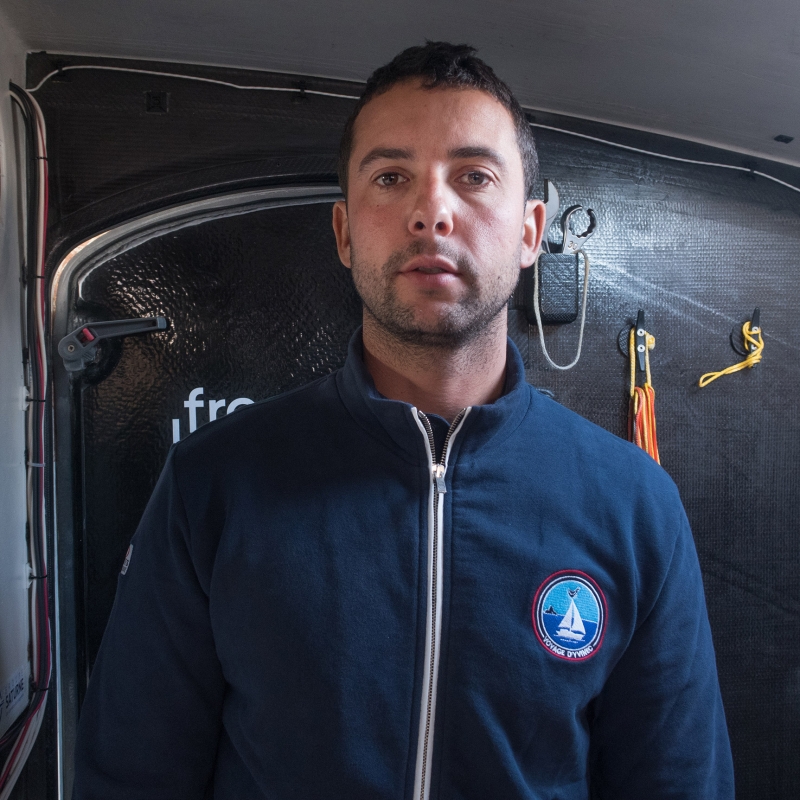 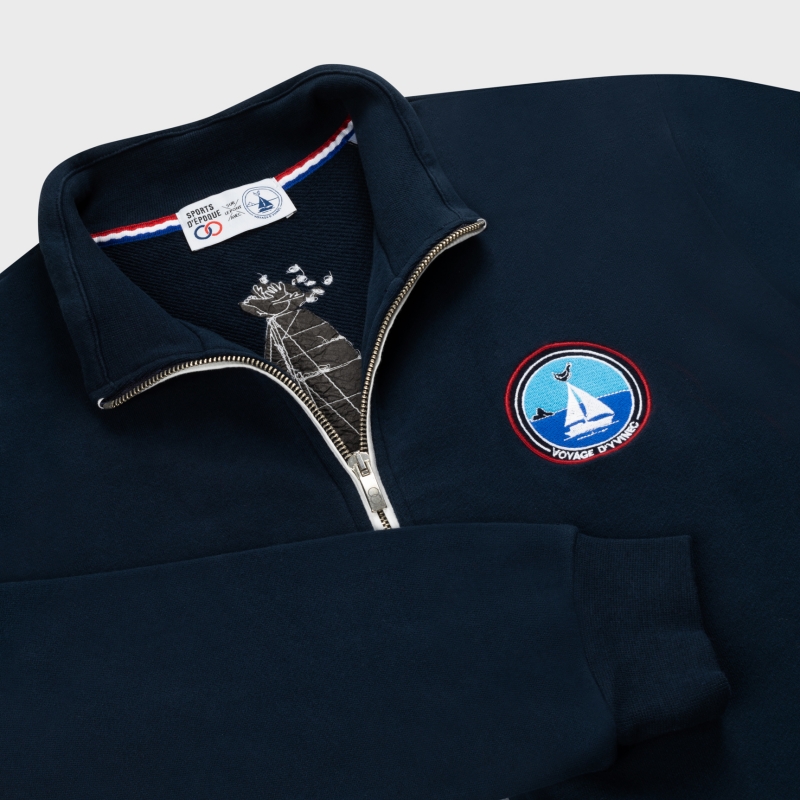 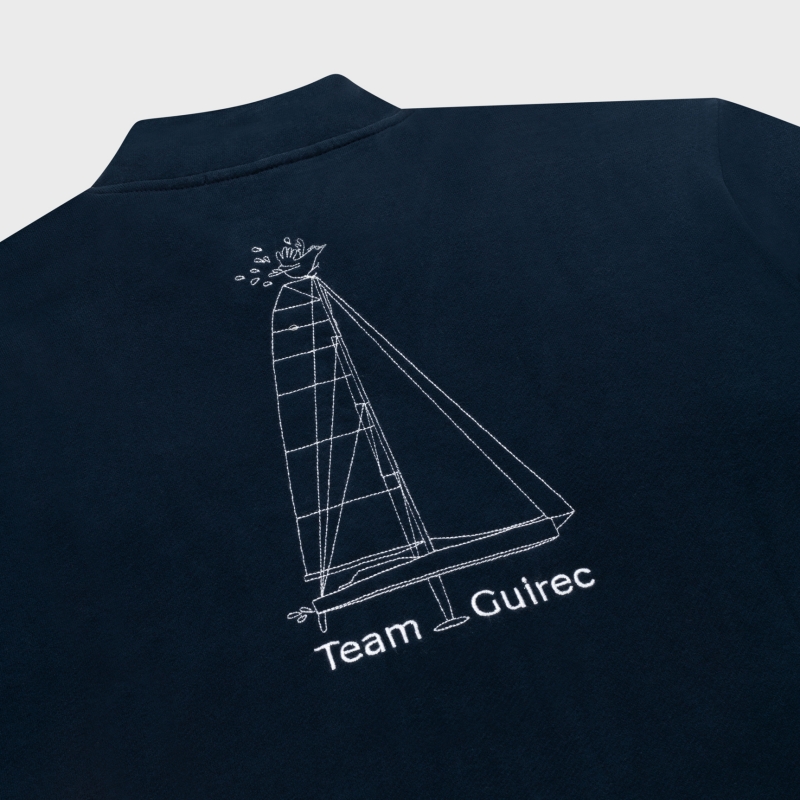 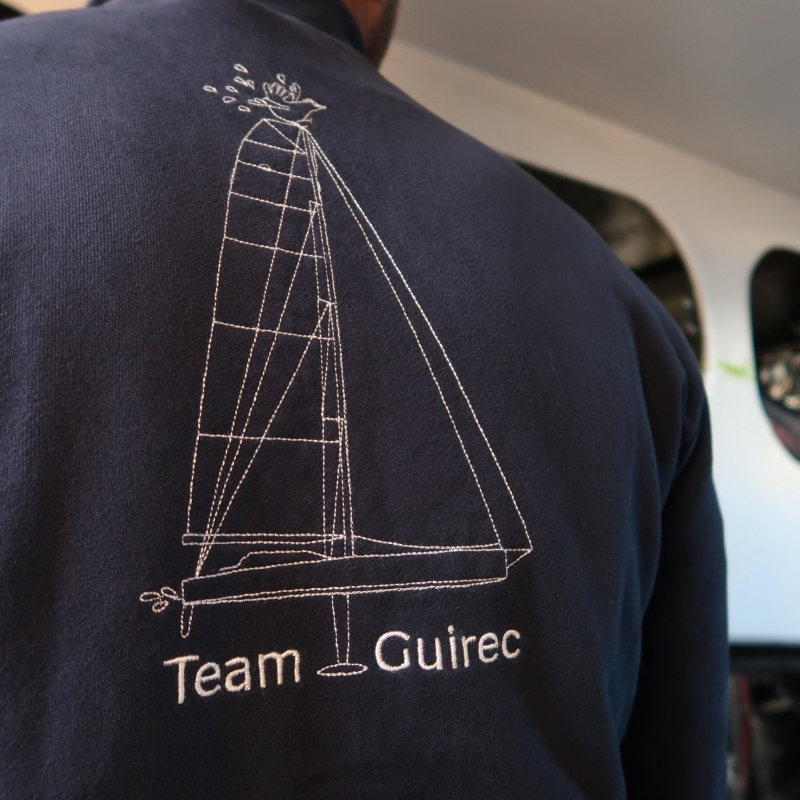 Made in Portugal
Référence : GUI22003-DARK BLUE

We claim a local and sustainable production! Graphics created in France, sweaters made in Portugal

Special edition Guirec: patch on the heart and his sailboat embroidered in the back

The ribbed finishings on the collar, cuffs and waist are very strong

The product is pre-washed to avoid shrinkage and discoloration

First famous for his round-the-world trip with his hen Monique, Guirec is now involved in the most beautiful single-handed offshore races... All the products in the collection are made in Portugal.

At the age of thirty, Guirec Soudée has already sailed around the world through the North and South poles, single-handed, without assistance; a 130-day wintering in the ice of Greenland, in complete autarky, with the only company of his hen Monique, who will help him survive by continuing to lay eggs. At the age of 24, he even became the youngest sailor in the world to cross the perilous North West Passage through the Arctic islands. From Alaska to Brittany, via Cape Horn, Antarctica, South Africa and Brazil, he reached his home Brittany after 5 years of navigation.

In 2020, he fled the covid pandemic for an unassisted East-West Atlantic crossing by rowing boat, which he completed in 74 days. This route is a classic for adventurers. Except that once he arrived in St Barthélémy, he decided to set off again in the other direction, from Cape Cod, to tackle the much more hostile and dreaded North Atlantic. He suffered an overturn off Canada, which sank his boat by half, but rather than accept the help of a cargo ship, Guirec decided to continue his route, without any means of communication with the mainland and without weather. Guirec Soudée took 107 days to reach Ushant by force of arms and his granite mind.

This is the exclusive account of this solo epic, in the wake of his masters Bernard Moitessier and Gerard d'Aboville, that Guirec Soudée offers us with a detachment and an unsinkable sense of humor that does not hide his unfailing will, he who, on the eve of tackling the greatest single-handed ocean races under sail, likes to repeat: "the adventure begins when the problems arrive". 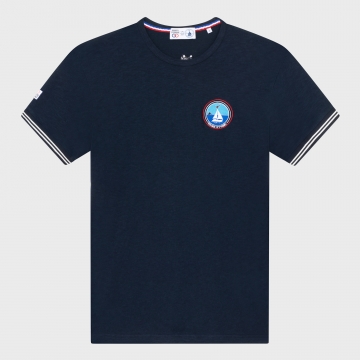 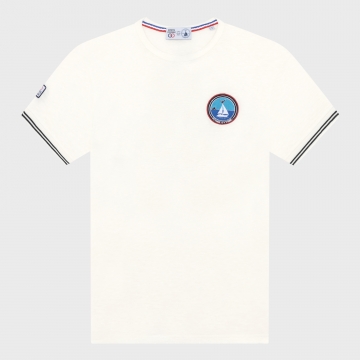 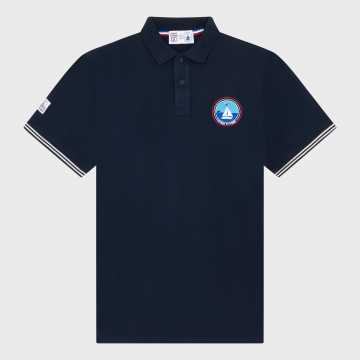