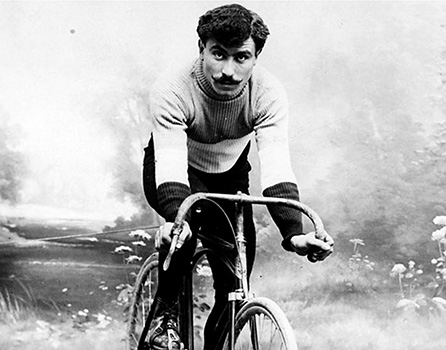 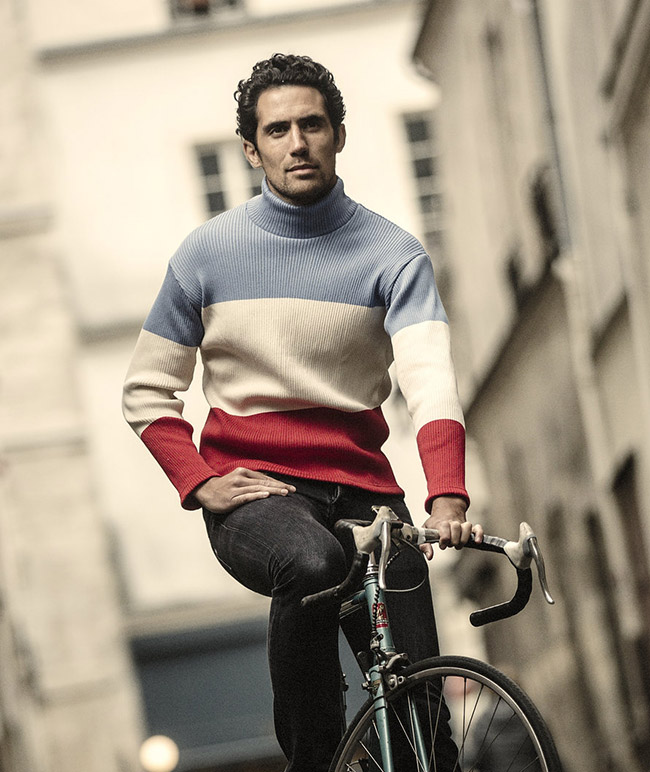 Since 1907, the French road cycling champion has worn a red, white and blue jersey, and he wears it during the race until the following championship.

Nicknamed "Tatave" or "Curly", Octave Lapize, won of the Tour de France in 1910, and was also French champion in 1911, 1912 and 1913. He, like so many other cycling champions, wore the red white and blue jersey. In 1914, Octave Lapize trained as a pilot and then became an instructor in the Air Force and went back to the front in February 1917. A few months later, on the 14th of July, he was shot down in his fighter plane, Number 4, of the N90 squadron and whose emblem was a singing rooster.

Charles Ravaud nicknamed the “Beau-joli” (handsome-pretty), a sports journalist and contributor to Auto's cycling category, described the elegant Octave Lapize as "a gentleman, and the intellectual one of the pack, he had both the head and the legs, a double quality rarely encountered among cycling champions. He is part of the phalanx of riders who have helped to raise the profile of professional champions in cycling". Proudly manufactured in partnership with the National Sports Museum.